Solve the Riddle of the World's Greatest Disappearing with Fate: Grand Order

We often find ourselves lost in worlds other than the one we physically exist in. One such world takes shape in a mobile game called Fate: Grand Order. The game revolves around your army of heroes and the battles they fight. Build your army with characters like Thomas Edison and King Arthur. Upgrading your heroes is a long and arduous process but puts you in a state of complete serenity and bliss as you pursue your daily goals. While you do get a number of heroes to play with, you need to upgrade them one at a time to ensure regular battle triumphs. Every battle won opens up new cards and special powers which can be used to upgrade your hero.

It's All About The Money

Unfortunately, like all freemium games, Fate: Grand Order comes with a lot of in-app purchases. These purchases are actually quite alluring because of the concept of the game wherein you must really work/play hard to find proper upgrades. But, look past that and the game is increasingly engaging. If you can keep your eyes focused on singular tasks rather than worry about upgrading your entire army, you will actually find yourself enjoying the game and its countless battles. 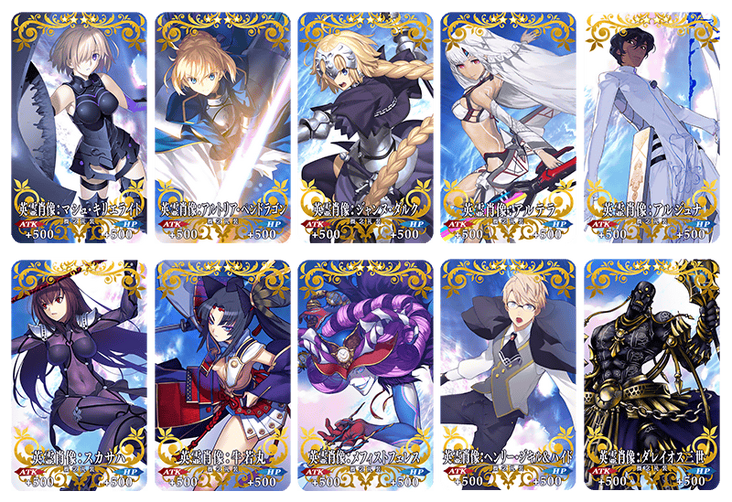 Fate: Grand Order is a strategy card game that really stands out from the others in ways, both positive, as well as negative. On the plus side, the money swallowing game is incredibly addictive. It is filled with action-packed battles with creatures, opponents, and more. The graphics are spectacular as well and deliver a very engaging gaming experience. Within the game, there are smaller, “micro-games” that earn you more rewards and upgrades to keep your army of heroes stronger than the opponent.

That being said, the game isn't limited to all-good. Mastering, or even coming close to that term, takes a long, long time. It can often be called monotonous. You need to fight countless battles that only get tougher as you progress, just to upgrade a single hero. That too is a massive disadvantage - the ability to upgrade a single hero at a time really tests your patience. And finally, the expensive in-app purchases. They seriously drain your wallet but are annoyingly required as the levels get insanely difficult as you progress.

Everything is given, Fate: Grand Order is a great game with a rather visibly faulty construction. The gameplay is exceptionally good but becomes ridiculously difficult, ridiculously quick. And with in-app purchases that could leave you pressing the ‘uninstall’ button quicker than you can blink, yet are mind-numbingly essential, you will often find yourself hating and loving the game at the same time

All content is protected by copyright and owned by Alldaydroid. All rights reserved. Please contact the publisher for permission to copy, distribute or reprint.

Thank you for your message!

We are writing you back.

Thank you for your message!

We are writing you back.